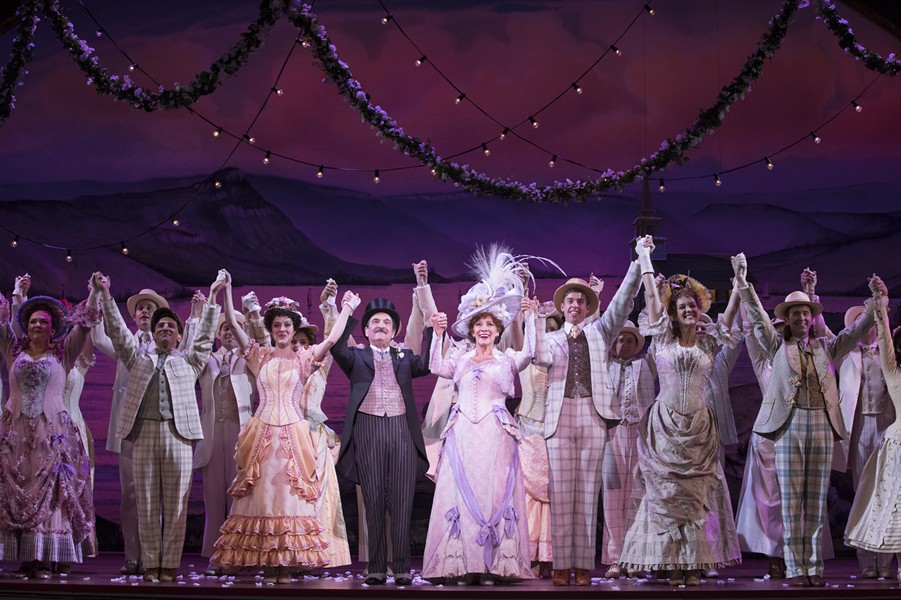 Broadway musicals have the ability to be as challenging and thought-provoking as any serious drama, but sometimes instead of chewing on a heavy meal, you want something light and easily digestible. If you’re still feeling full from your Thanksgiving feast, the new tour of Hello, Dolly! currently playing at the Dr. Phillips Center is a perfect serving of theatrical comfort food, like an elaborately wrapped box of chocolate covered peanuts: sweet, slightly salty, and impossible to stop snacking on once you’ve started.

If one were to rank the best-constructed books from Broadway’s golden age, 1964’s Hello, Dolly! would likely land low on the list. Adapted by Michael Stewart from Thorton Wilder’s play The Matchmaker, the overstuffed storyline follows a pair of bumbling shop clerks (Nic Rouleau, Barnaby Tucker) as they explore late 19th century Manhattan in search of romance and adventure – or as they call it, pudding. Meanwhile, multiple intersecting subplots involve their irascible employer (Lewis J. Stadlen); his caterwauling niece (Morgan Kirner) and her starving artist suitor (Garett Hawe); and a winsome hat-making widow (Analisa Leaming) in a string of romantic misunderstandings straight out of a mid-century sitcom.