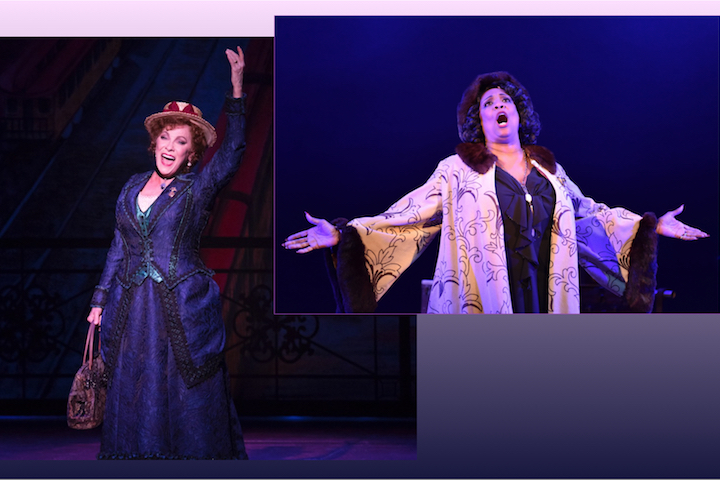 Tony winner Betty Buckley is headlining the national tour of Hello, Dolly!, which just wrapped up its engagement in Chicago and is headed toward warmer weather with stops in Tampa and West Palm Beach before year’s end. Also in Chicago, local favorite and six-time Jeff Award winner E. Faye Butler appears as Rose in Gypsy through December 29.

Here’s a closer look at both productions and why they’re resonating with audiences decades after they first appeared on Broadway.

HELLO, DOLLY!
Those familiar with Betty Buckley’s recent film and television roles such as Dr. Karen Fletcher in M. Night Shyamalan’s Split or her reoccurring character of Gran’ma on AMC’s Preacher might find themselves in musical theater shock. The seasoned actress is now jet-setting across the country with an ear-to-ear smile and light on her feet in this Jerry Herman/Michael Stewart musical about a widowed matchmaker who sets about finding her own partner for the next chapter of her life.