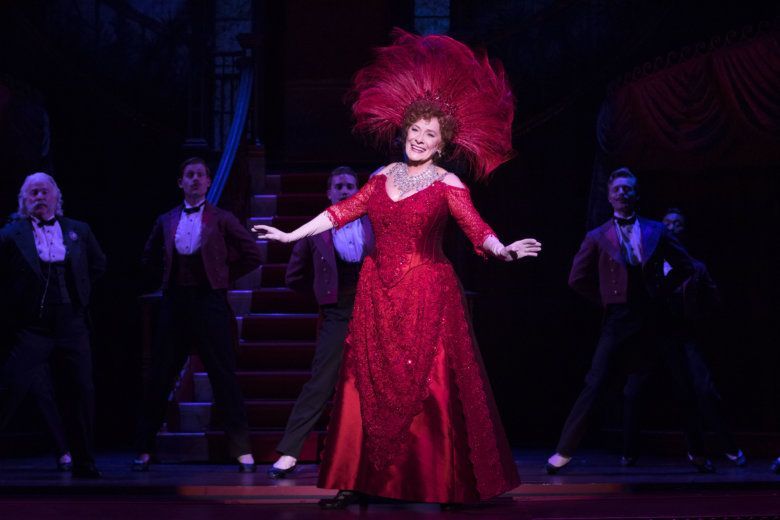 Few talents have ever mastered as many mediums as Betty Buckley, who shined on stage in the original production of “Cats,” the TV screen in “Eight is Enough” and the silver screen in “Carrie,” all while finding time to crank out Grammy-nominated albums with her music.

This month, Washingtonians can catch her at the Kennedy Center in “Hello, Dolly!” as she plays matchmaker Dolly Levi, who seeks a mate for a wealthy bachelor in Yonkers, New York.

“It’s a beautiful, fun, joyous evening,” Buckley told WTOP. “Dolly Levi is a very unique individual and full of love. Her husband has passed away 10 years prior. … Her greatest skill is as a matchmaker. She has a real intuitive ability to put people together rightly in relationships. All she wants is for everyone to be happy, but she’s decided on this particular day that what will make her life better is to marry the half-a-millionaire Horace Vandegelder. She states that as her mission at the start, then all mayhem breaks loose as she tries to accomplish her goal.”

The 2017 revival won four Tonys, including Best Actress for Bette Midler in a role that originally won Best Actress in 1969 for the late Carol Channing, who died in January.

“We were opening in San Diego on a Tuesday morning when we heard she passed away,” Buckley said. “There was a poster with photographs from a touring production of ‘Hello, Dolly’ on the wall right next to my dressing room, so we had a little memorial ceremony there before the show and I gave a curtain speech [about] what a force she was in theater, how singular her performance as Dolly had been and what a unique and wonderful actress and comedian she was and the legacy she’s left. I can never fill her shoes, but I do the best I can.”