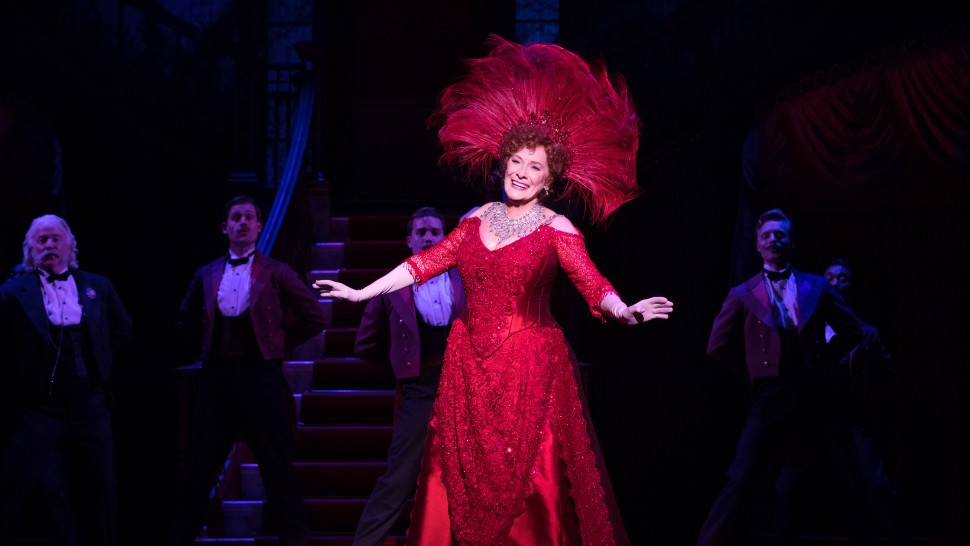 Add Betty Buckley to the list of dynamic artists who have stepped into the role of Dolly Gallagher Levi and made it wholly her own. The Tony winner, who follows Bette Midler, Bernadette Peters, and Donna Murphy into the latest incarnation of the Jerry Herman-Michael Stewart classic, is currently starring in Hello, Dolly!’s national tour through August 25.

I recently had the pleasure of catching Buckley’s performance at the Kennedy Center Opera House, where her entrance was greeted with a rousing applause and her curtain call with a lengthy standing ovation—she continues at the D.C. venue through July 7 before moving on to Charlotte, Dallas, Pittsburgh, and Boston.

For those who have admired Buckley’s singular gifts as an actor throughout the decades, it’s no surprise that she shines in Dolly’s soliloquies to her late husband, yet just how much depth she brings to everyone’s favorite matchmaker throughout the entire production is extraordinary.

Buckley imbues her Dolly with great heart, a true joy of life, and an appealing mischievousness. There are also moments of exceptional poignancy, where Buckley reveals the fragility beneath the bravado: This is a woman yearning for more, for pleasure she has denied herself, almost unconsciously, for years.