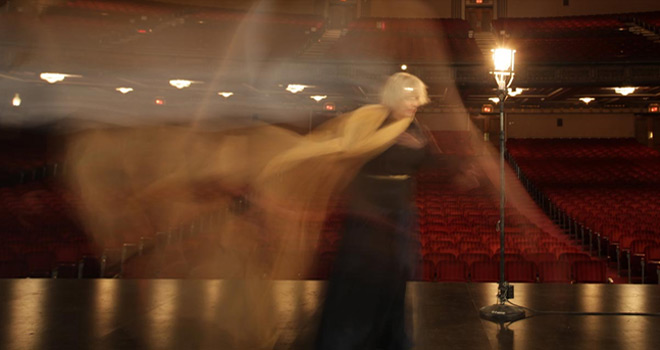 Informing us of the past, present, and what is to come, stories define who we are. An undeniable extension of humanity, a good storyteller is able to improvise, be theatrical, and embellish when necessary. These elements and more are what makes Tony-Award winning Broadway, film and TV Actress/Singer Betty Buckley such a captivate performer. From her various Broadway credits including 1973’s Pippin to her feature credits including the more recent 2016 film Split or AMC’s Preacher series, Buckley’s talent shines through in everything she does.

Possessing equal love for acting as she does music, she has released eighteen studio albums over the last three decades and now hits the road in late 2019 for a series of concert events. A schedule that will run into 2020, it all begins on October 17th with shows also on 18th and 19th at the Segerstorm Center for the Arts in Costa Mesa, CA. Eager to get out there and share her music with the world, amidst her busy schedule Betty Buckley sat down to chat about her beginnings, how she approaches music and acting, plans for the future, plus much more.Cryptic Rock – You have maintained a very successful career in the arts, including theater, movies, television, and music. Briefly tell us, what inspired you to pursue a career in the arts?Betty Buckley – I fell in love with the Musical Theater when I was 11. My mother had been a singer/dancer, she took me to see my first musical at our local Fort Worth Theater, Casa Mañana. I saw the show The Pajama Game there with the original Bob Fosse choreography. The guys who did that show opened a dance school in Fort Worth, and I wanted to learn the number “Steam Heat” from that show.

Since I was three-years-old, I had studied dance with my aunt who was a dance teacher and had been a professional dancer.  My mother also had an incredible collection of the classic Broadway Musicals. And I remember when I was around twelve and babysitting, I used all my babysitting money to buy albums by all the great Lady Singers and some of the great Jazz Instrumentalists. I studied them and sang with them on our record player. I just loved it! I loved music, and I somehow just knew I would be on Broadway some day. It felt like a kind of given trajectory. I’ve been performing, with my mother’s encouragement, since I was eleven-years-old and, professionally, since I was fifteen. I had started singing when I was very young in the Methodist Church Youth Choir.

Cryptic Rock –Wow, that is quite a rich history. You did make it to Broadway many years ago, and you have been there many times since then. You have done various productions, but you then got into film and television. What led you into film/television?

Betty Buckley – I was doing a show on Broadway called Pippin, and I auditioned for Brian De Palma for a film he did called Phantom of the Paradise (1974). He didn’t cast me in it, but I did a lot of ADR work creating voices for a lot of minor characters. He then decided he was going to direct the filmof Carrie, the Stephen King novel. He gave me a copy of the book and said, “I want you to play the gym teacher in this.” A few months later, he sent me the script wherein he had combined the role of Ms. Desjardin with the role of the principal in the book. The character was renamed Miss Collins. It was a beautiful feature film debut–a most wonderful gift!

From that film, which became a Cult Classic, I, then, did the TV show Eight is Enough for four years. After that I did the Oscar Winning film Tender Mercies (1983), CATS on Broadway and after that many other shows.