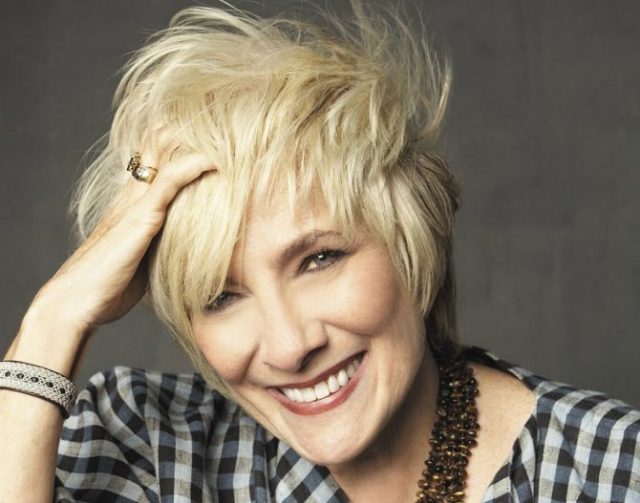 The Texas born singer-actress, dubbed “The Voice of Brodaway” by New York magazine, has enjoyed one of the most acclaimed theatrical careers in history with roles in Sunset Blvd., 1776, Grey Gardens and most recently in the national tour of Hello Dolly! Buckley won a Tony Award in 1983 for her turn in Cats, originating the role of Grizabella in the original Broadway production. Theatre historians rank her alongside names like Ethel Merman, Mary Martin, Patti LuPone and Angela Lansbury as one of the greatest actresses in musical theatre.

Besides her theatrical work, Buckley has appeared in films like Carrie and Tender Mercies, and television series like Preacher and Eight is Enough. Hot off the success of Hello Dolly!, Buckley has announced dates for a cabaret concert series: October 17-19 at the Segerstrom Center in Costa Mesa, CA and November 2 at the Saban Theatre in Beverly Hills.

Queerty scored some time with the Broadway great to chat about her new cabaret show, her work as an actress, and the perils of life upon the wicked stage.

Well, it’s just a few concerts at the Segerstrom Center in Costa Mesa, and then at the Saban Theatre in LA. That’s a big concert. Tom Scott, the brilliant saxophone player is opening the evening with a wonderful singer named Billy Valentine. I do the second half, and Tom’s going to be my guest, and Billy Valentine will hopefully come back to do a song with me. I’m working with my incredible band led by Christian Jacobs for both concerts. He’s been my musical director, arranger, and pianist for 10 years. We’ve done three albums together.

He’s an amazing guy who composed the scores of two of Clint Eastwood’s films.

He’s been nominated for seven Grammys, so I’m a very lucky girl with all the talented people I get to work with. I’m a huge Tom Scott fan; I’m thrilled to work with him in the concert as well.

I haven’t actually done concerts for a year and a half because I did Preacher for several months in New Orleans, right before I went to New York to rehearse Hello Dolly! and then was on the road for 13 months. So I took a month off and basically just started back to work on the concerts a couple weeks ago. I had some concert stuff that was scheduled for September moved to 2020 because I knew that I would need some recovery time.

It’s good to hear you rest.

Oh yeah. That tour took it out of me. I’m still recovering from that. It was an amazing gift of an experience, and a delight. I’m so grateful to Scott Rudin & Jerry Zaks for calling me to do the show. It was a remarkable experience, but I’m glad to be home and back to work on music.

How does your approach to performing in cabaret differ from theatre?

Well, with a theatre piece like Hello Dolly! you’re surrounded by a remarkable set of artistic collaborators doing the costumes and the sets and the choreography and the direction, and it’s a whole story. Whereas my concert work—it’s like presenting an evening of short stories.

Doing a musical is like being one part of a novel.