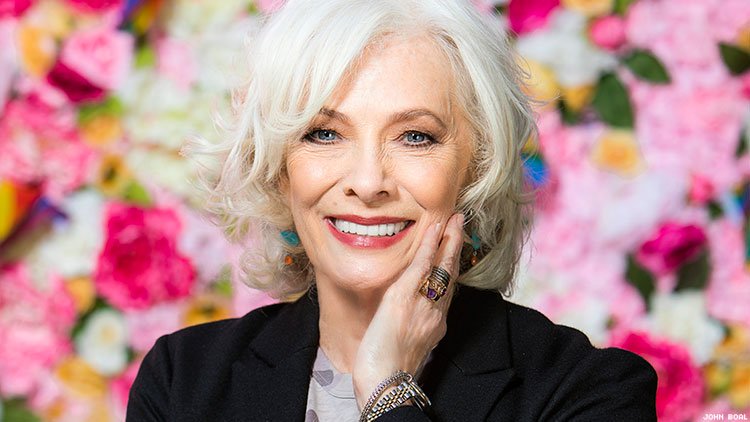 Fresh from her tour of Hello, Dolly!, the award-winning actress will be taking the stage once again — at the Segerstrom Center for the Arts in Costa Mesa, Calif., as well as the Saban Theatre in Beverly Hills – to perform selections from her Hope and Story Songs albums. A few modern renditions of Dolly favorites will be included in the set in addition to new material.

In this cabaret series, Buckley will be accompanied by four musicians and her “brilliant” musical director and pianist, Christian Jacob. It’s an experience she compared to “an evening of paintings” in a recent interview with The Advocate.

“I hope [audience members] have their own personal experience of the music and that it makes them feel better,” Buckley said. “I’ve always thought of doing concerts as having a gallery showing of my recent portraits of human beings and little stories about what we’re all going through.”

Buckley — a veteran of the stage and screen whose credits include the 1976 film Carrie and the original Broadway run of Cats, in which she won a Tony Award for her memorable performance as Grizabella — is still going strong in her career at age 72. After finishing a 13-month tour as Dolly, “I came home August 26, took about three weeks off, and then went back to work on this music,” shared the icon. Just prior to Dolly, Buckley starred in season 3 of AMC’s Preacher and M. Night Shyamalan’s blockbuster Split.

A national tour, in addition to all of her other projects, is a lot to ask of a performer at any age. “I have to say, I really didn’t know I could do this,” admitted Buckley. She credited her stamina to her trainer, Pat Manocchia, the founder of the New York fitness and medical center La Palestra. “I’m just like incredulous,” Buckley said of her training. “I lost 40 pounds and I had no idea that I still had this body underneath of my sedentary ‘I’m an older woman’ body. I was really thrilled to discover that.”

In body and soul, Buckley was also inspired by the character she inhabited for over a year, Dolly Levi — the unsinkable matchmaker star at the heart of the musical, which first premiered on Broadway in 1964. “I learned a lot from Dolly Levi in terms of her commitment to joy as a way of being. It was an incredible gift to get to do that show,” said Buckley of Dolly, an older widow who is able “to come back to the world of the living” and marry again after mourning her first husband.