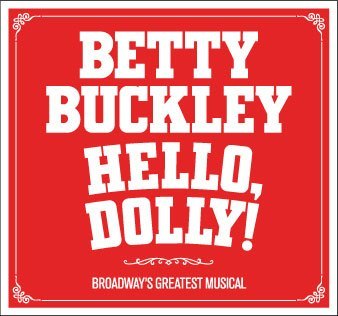 The unpleasantries and discomforts of growing old, being financially disenfranchised, being a woman in a patriarchal world (and so on, and so forth) really go down much smoother with a little song’n’dance and a pop of color. Of course, we all know that a rousing song and a swelling orchestra don’t actually solve any of life’s unavoidable or seemingly insurmountable trials. Of course, most theatre-goers and musical-fanatics know that a rousing number and a little toe tap can’t actually rectify the trials of life, but we love how these shows carry on as if they might. There’s a certain edge, though, to many of the exaggeratedly splendorous shows of the mid-20thcentury—shows like Gypsy, Showboat, My Fair Lady, The King and I, and so on—where the pomp and splendor is matched with a sneaking sense of social and cultural criticism.

Inspired by Thornton Wilder’s farcical The Merchant of Yonkers (revised to be fittingly titled The Matchmaker), the relentlessly enthusiastic Hello, Dolly is a quintessential case of such a musical. Debuting on Broadway in 1964, the musical—with music and lyrics by Jerry Herman, and book by Michael Stewart—is infused with messages of ageism, gender disparities (fueled by the suffragette movement), class issues, and more. Dolly tells the story of the tenaciously feisty, but noticeably late-in-years, matchmaker, Dolly Gallagher Levi, as she endeavors to marry the curmudgeonly “half-a-millionaire” Horace Vandergelder while keeping her designs to marry Vandergelder herself clandestine. Dolly’s plan is complicated by Cornelius Hackl and Barnaby Tucker, cheery yet naïve assistants at Vandergelder’s shop, as they secretly venture to New York City to live the good life for a day and stumble upon Irene Molloy (who Dolly promised Vandergelder would wed) and her fretful shop-assistant, Minnie Fay.