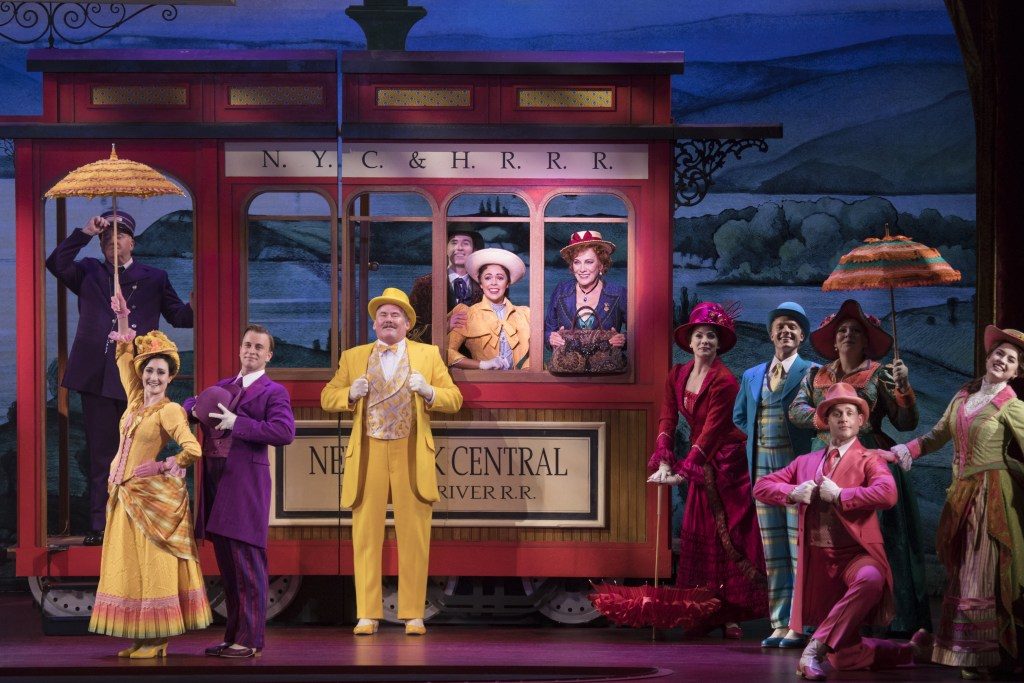 During the difficult times it is important to remember that life is full of wonderful things. Our current political and environmental states are enough to make anyone despondent. That’s why it’s so wonderful that the exuberant Betty Buckley is now leading the most joyous and grounded production of Hello, Dolly! currently playing at the Kennedy Center through July 7th.

Hello, Dolly! tells the story of Dolly Gallagher Levi, a widow desperate to marry a rich man to create a better life for herself. Based on the play The Matchmaker by Thornton Wilder, it’s fair to say that Hello, Dolly! and indeed Dolly herself are two of the most loved shows and characters in the realm of warhorse musicals. Originally produced on the stage by David Merrick with direction and choreography by Gower Champion, the tour is a continuation of the Tony winning 2016 revival directed by Jerry Zaks with choreography by Warren Carlyle. This version of Hello Dolly manages to feel like a loving tribute to the original while finding more vim and vigor and more gravity.