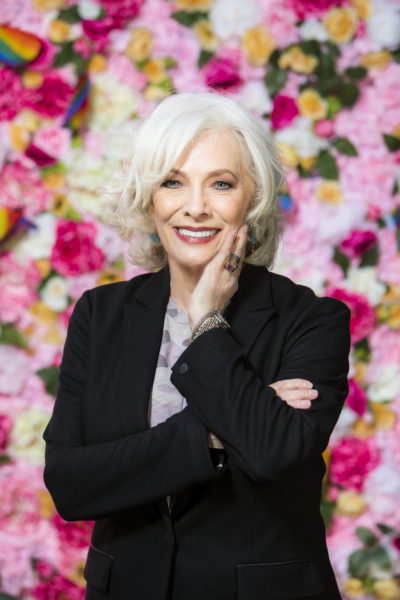 For Broadway legend Betty Buckley, the second act is sweetest

There’s more than a hint of bemused irony in Betty Buckley’s voice as she takes note of the recent anniversary of “Cats,” the show for that earned her a Tony, and which opened on Broadway on October 7, 1982.

“I was just like… ‘What? It was 37 years ago? Time just goes by in the blink of an eye!” She chuckles, “Of course, you don’t know that when you’re a younger person. It seems like forever, but one of the things that happens as you get older is that every day just goes by – like ‘vroom, vroom!’”

The celebrated actress and singer, who is about to returns to Los Angeles for a series of appearances at the Segerstrom Arts Center (Oct. 17-19) and the Saban Theatre (Nov. 2), reflects back on her career since that momentous opening night. “I always knew that my best work would be in my later life,” she says, wryly. “Then I woke up about three years ago and realized I was at my later life – and I was shocked!”

She says the revelation came when her friend, director Michael Wilson, called her up “out of the blue” to ask her if she would be in his planned production of “Grey Gardens.” She assumed he was asking her to play the younger, lead role of Little Edie – but he actually wanted her to play BIG Edie, that character’s irascible, elderly mother.

“I started laughing hysterically,” she recalls, “and I said, ‘Oh my God, the time is here, isn’t it!’”

Awkward as it may have been, that phone conversation was the beginning of a new phase in Buckley’s already-storied career. Her performance in “Grey Gardens” won her raves, and from there a role in filmmaker M. Night Shyamalan’s “Split” earned her further accolades.

It was as the title character in the national tour of Broadway’s acclaimed “Hello, Dolly” revival, however, that the renaissance of Betty Buckley seemed to fully bloom – something of a surprise, considering it was a show she had never really felt a connection with.

“It was never a role I imagined for myself or had a desire to play,” she says, “and it was daunting. I mean, the icon that is Carol Channing set the standard for all time, and so many gifted women have played the role. I had no clue what my particular contribution could be, whereas, with other things that I have replaced in – most particularly ‘Sunset Boulevard’ – I knew what my purpose was, who I was going to be in the role. That was a bit confusing, at the beginning.”

There were other challenges, too. Though she had plenty of experience with comedic acting, the role of Dolly calls for a style known as “antic comedy,” which she had never done. Then there was the question of getting into the kind of shape that would permit her to endure the grueling eight-show-a-week performance schedule demanded by a Broadway tour – something she accomplished with the help of her longtime trainer, Pat Manocchia, who put her on a regimen that helped her lose 40 pounds and got her into the kind of shape she “didn’t think was possible, at my age.”