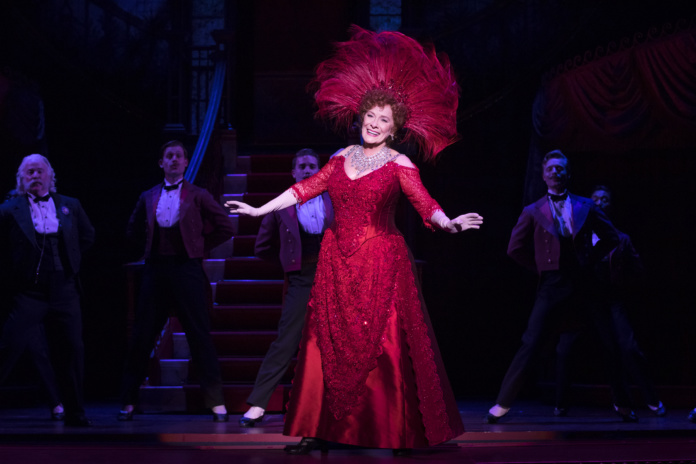 Betty Buckley takes things seriously, so she unwinds a nuanced, 50-years-in-20-minutes answer to explain why even she didn’t see herself headlining the national tour of “Hello, Dolly!” that begins its five-week stand at the Kennedy Center’s Opera House on June 4.

“I never understood the show,” Buckley, 71, says by phone from Louisville, the 19th stop on a tour that began last September. “This woman sashaying around the stage in these beautiful costumes, and everyone was agog. I didn’t understand why.”

Then Buckley — a 1983 Tony Award winner as the “Memory”-belting Grizabella in “Cats” — saw the 2017 “Dolly” directed by longtime musical comedy vet Jerry Zaks.

“I started crying when they came out for ‘Put on Your Sunday Clothes,’’ Buckley says, referring to composer Jerry Herman’s blissful ode to getting out and enjoying the world. “I had not felt that in musical theater since I can’t remember when. It was like a childlike rapture.”

< REVIEW: Hello, Betty! Greenville has been Waiting for You!
Review: ‘Hello, Dolly!’ at The Kennedy Center >