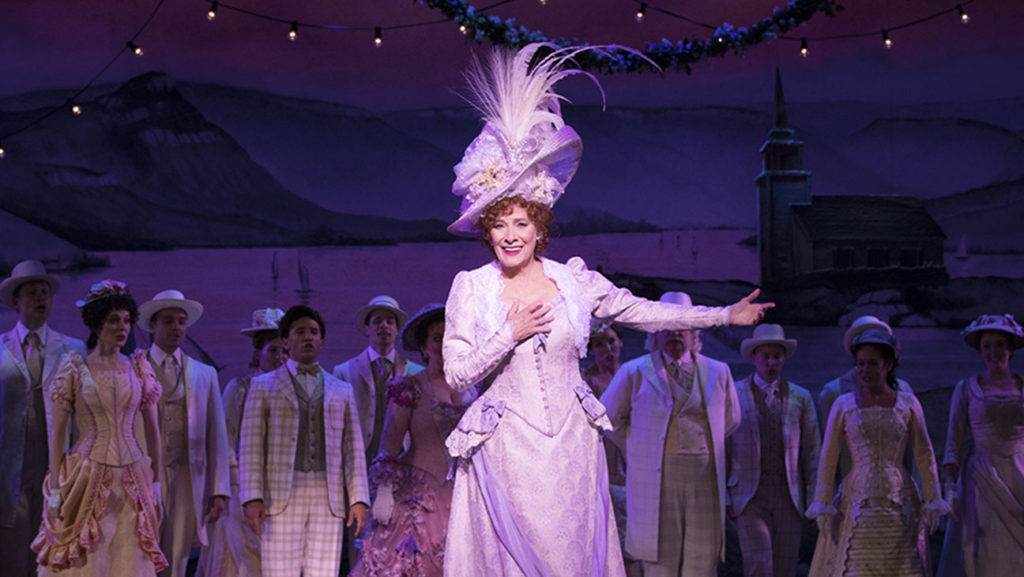 The celebrated ‘Voice of Broadway’ looks back on her career as she arrives in Southern California, leading the touring company of ‘Hello, Dolly!’

Broadway legend Betty Buckley was surprised and grateful to be cast as voodoo queen Gran’ma on AMC’s Preacher, a job that possibly had something to do with the box office success of M. Night Shyamalan’s Split, in which she played Dr. Karen Fletcher. As she sat in her New Orleans hotel room on location for the TV show, she was about to get another surprise — an offer to play irrepressible matchmaker Dolly Levi in the national tour of Hello, Dolly!

“I flew to New York and met with [producer] Scott Rudin and [director] Jerry Zaks and had this lovely conversation about their phenomenal love for the show, which started when they were both boys,” she tells The Hollywood Reporter as Hello, Dolly!  hits Southern California, currently playing at the Segerstrom Center for the Arts in Costa Mesa and running at the Hollywood Pantages Theatre Jan. 30 through Feb. 17. “They had both seen the original production and put so much love and heart into this.”

Buckley is proud take her place in a long line of legends that started with Carol Channing and continued with, among others, Pearl Bailey, Mary Martin, Ethel Merman, Ginger Rogers, Barbra Streisand and more recently, Bette Midler and Bernadette Peters, who have ensured that Dolly will never go away again. Here, the “Voice of Broadway” talks about the Tony-winning revival and the recent death of Channing. She also looks back on working with Brian De Palma, Roman Polanski and Woody Allen.