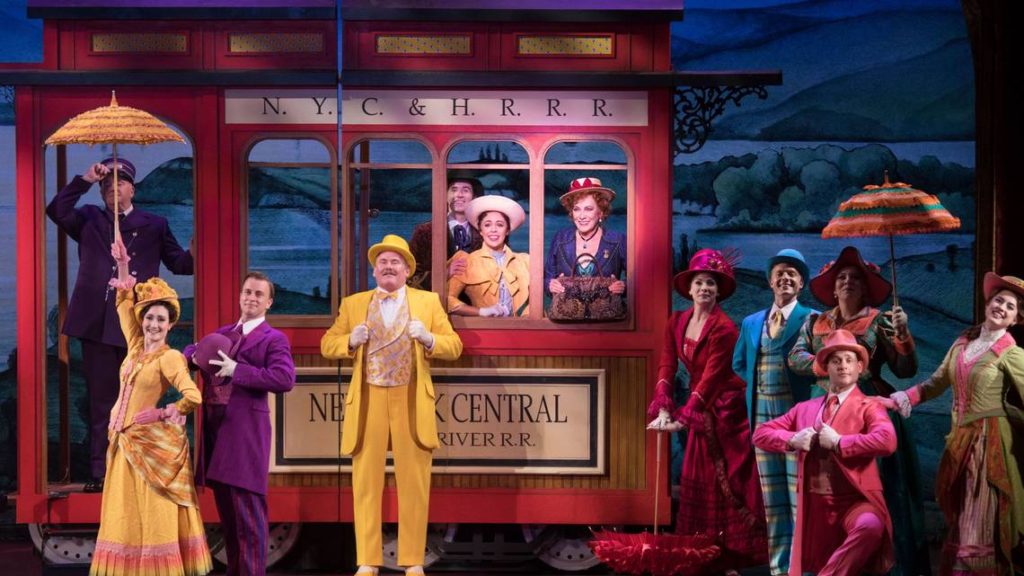 Before the rock music of “Hair” and “Jesus Christ Superstar,” before the ironies of Stephen Sondheim, before the bleak visions of Kander and Ebb, before the epic stagings of “Phantom” and “Les Miz,” Broadway musicals relied on at least one of three elements: hummable melodies that could be recorded by pop singers, roles where a star could bewitch the audience and a conflict-and-resolution structure dating to operettas of the 19th century.

“Hello, Dolly!” had all three. They were masterfully assembled 55 years ago by author Michael Stewart, who adapted Thornton Wilder’s play “The Matchmaker,” and composer-lyricist Jerry Herman, now the last living practitioner of this ancient art. (He turned 88 Wednesday.) When the show closed in 1970, after going through seven famous actresses in the title role, it was the longest-running musical in history.

The national tour came to Belk Theater Tuesday in the PNC Broadway Lights series, bringing the production that won a 2017 Tony for best musical revival. It trails acclaim from critics and audiences the way seraphim trail clouds of glory in Renaissance paintings.

Yet the praise fits. This “Dolly” – no museum piece, but a vital example of a form taken seriously by re-creators – both is and isn’t the show your parents loved.