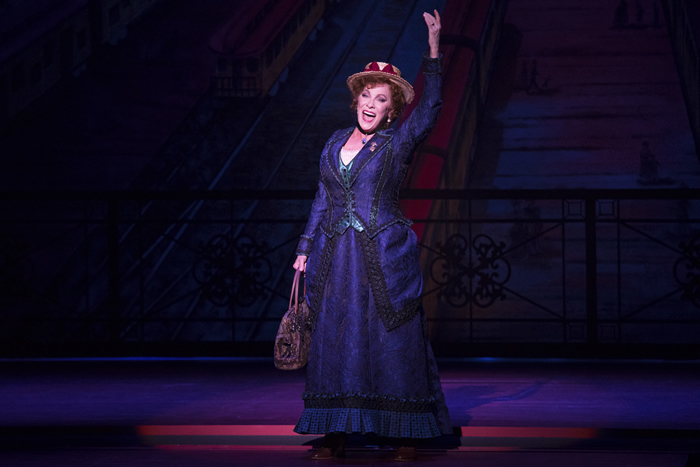 I expect that, if you’ve found your way to this review, you will love the national tour of the recent Broadway revival of Hello, Dolly!, newly ensconced at Kennedy Center’s Opera House. Look at the old girl now, indeed.

Jerry Zaks has directed an almost perfectly realized production, and the cast of the tour is wonderfully strong. The musical numbers give you that Golden Age musical high; the comedy, albeit on the broad end of the spectrum, earns the laughter it receives; and when it’s time for you to care a little about the characters, the show achieves the required level of poignancy.

< Betty Buckley joins the ‘Hello, Dolly’ parade. And the pleasure of it doesn’t pass us by.
‘Hello, Dolly!’ Kicks Off Summer of Kennedy Center Musicals >