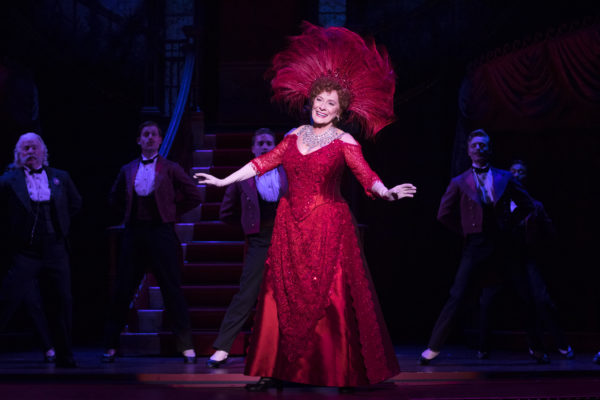 Broadway legend Betty Buckley (Dolly) takes on the iconic roll first debuted by Carol Channing in 1964 and she owns it. From the moment she steps onstage to her final bow, Buckley has the audience mesmerized by her presence. She sings. She dances. She delivers her lines with the confident moxie of a woman in charge. Her eyes twinkle with meddlesome mischief. And sometimes, they sparkle with tears of vulnerability as she pledges to become ‘a fool among fools instead of a fool alone.’ She captures the hearts of all with her irresistible charm. Buckley exudes all the sophisticated glamour of a Broadway star.