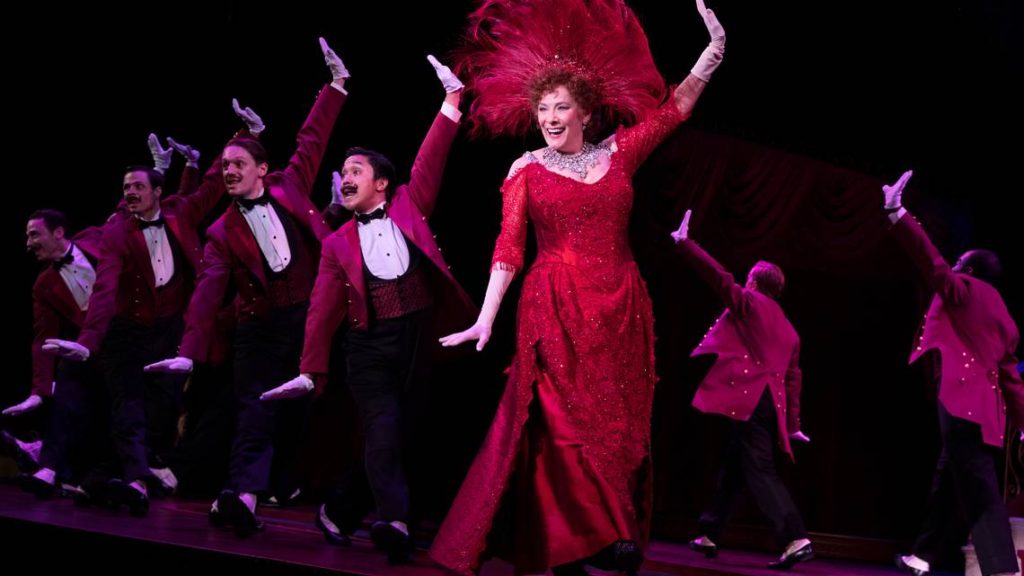 If you’ve never experienced the very specific magic that happens when a Broadway diva in a red dress walks slowly down a staircase during Hello, Dolly’s title number, the production that’s closing out Pittsburgh CLO’s summer season is a great place to start. And if you have seen the show before, you already know the good news: Dolly is all about how falling in love can be just as good the second time around.

Betty Buckley headlines the national tour of the musical’s 2018 Tony Award-winning revival, playing in Pittsburgh through Sunday. The woman can work a staircase. And an audience — from the moment she enters in the first scene to a round of applause, Buckley’s Dolly Levi has everyone in the theater, onstage and off it, wrapped around her finger.

All the players end up divided neatly into pairs after a night of fine dining and minor criminal activity. Jerry Herman and Michael Stewart adapted Dolly from a Thornton Wilder farce called The Merchant of Yonkers, and the musical is still often a farce (and a very good one). Rouleau and Tucker deliver great moments of physical comedy, ducking under tables and into wardrobes whenever the need presents itself, and often moving in almost-perfect synchronization.

The choreography, in the hands of Rouleau, Tucker, and a large, talented ensemble, is fascinating to watch. The plot even involves a dance competition, but sadly, the trophy doesn’t end up in the hands of the dancers that most deserve it — the restaurant’s ensemble of male waiters, who spend a good amount of the second act galloping around the stage in an elaborate plate-passing routine. It goes on for a long time; I would gladly watch three hours of it. As Dolly says to the waiters: “Wow, wow, wow, fellas.” And as they say to Dolly: “Promise you’ll never go away again.”

< Betty Buckley and Cast Shine in Fun and Mischievous ‘Hello Dolly!’
Betty Buckley has found her match with ‘Hello, Dolly!’ >