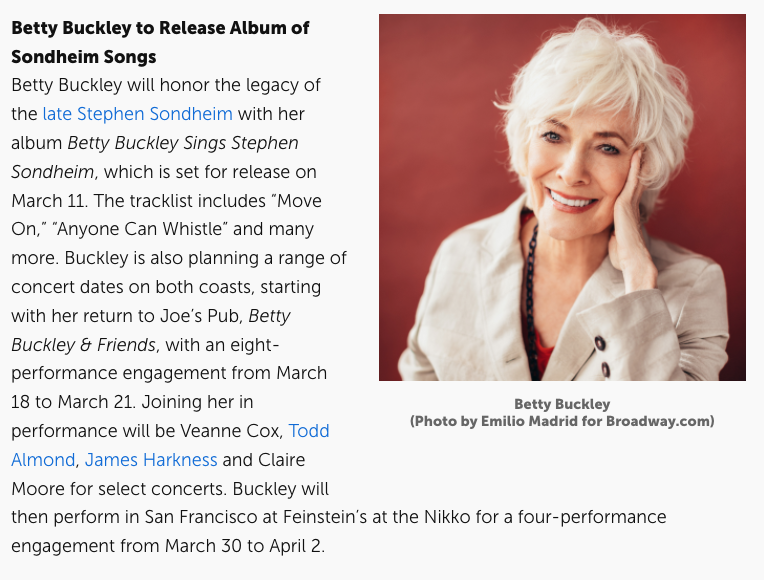 Odds & Ends: Jordan Fisher to Star in Film Adaptation of Hello, Goodbye, and Everything in Between

Betty Buckley to Release Album of Sondheim Songs
Betty Buckley will honor the legacy of the late Stephen Sondheim with her album Betty Buckley Sings Stephen Sondheim, which is set for release on March 11. The tracklist includes “Move On,” “Anyone Can Whistle” and many more. Buckley is also planning a range of concert dates on both coasts, starting with her return to Joe’s Pub, Betty Buckley & Friends, with an eight-performance engagement from March 18 to March 21. Joining her in performance will be Veanne Cox, Todd Almond, James Harkness and Claire Moore for select concerts. Buckley will then perform in San Francisco at Feinstein’s at the Nikko for a four-performance engagement from March 30 to April 2.

< ‘His Soul Is Just So Damaged’: Broadway Legend Betty Buckley Reacts to News That Trump Aide Would Play ‘Memory’ From Cats to Calm Him Down
Betty Buckley to Release Album of Sondheim Songs >