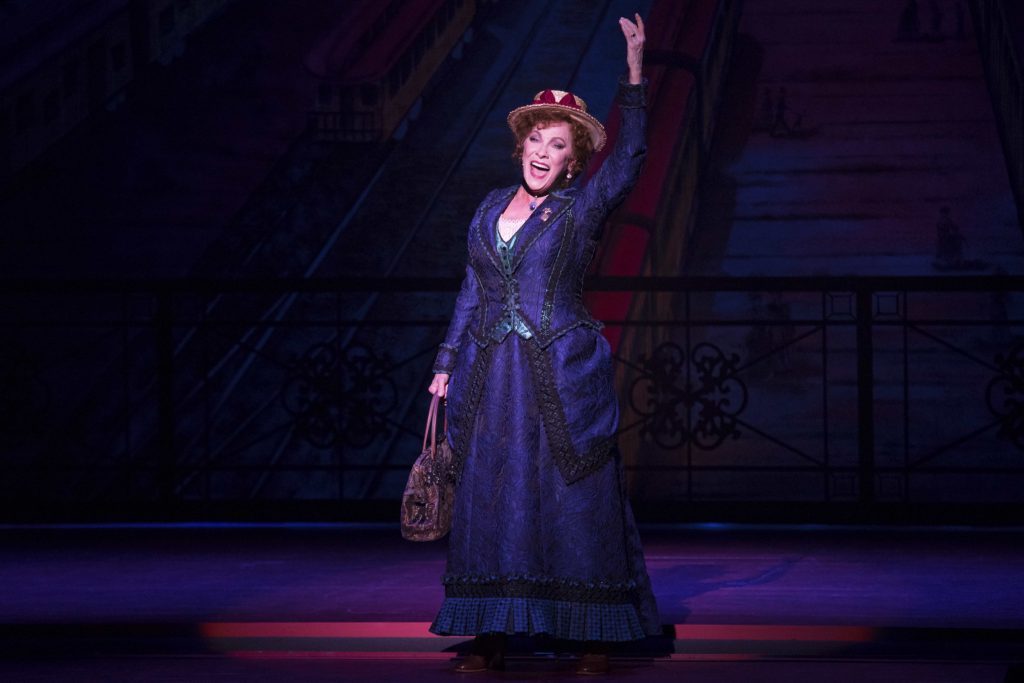 Betty Buckley was in New Orleans, contemplating how to devour a soul, when her agent called with an offer from Broadway.

“There I was, living an actor’s dream playing a completely twisted, dark being, and my agent calls and says, ‘You won’t believe this,’ ” Buckley says, referencing her role as a Cajun sorceress on the TV show “Preacher.” “And I didn’t.”

The pitch was simple: Play Dolly Gallagher Levi in the touring Broadway production of “Hello, Dolly!,” the iconic stage role that Bette Midler had recently revived in the Big Apple.

“I had seen the revival of ‘Hello, Dolly!’ on Broadway with Bette Midler, and as much as I loved it, I never pictured myself in that role. Never. I had never taken on a role that other people had put their remarkably beautiful stamps on,” Buckley says. “I thought, ‘Oh, god. I’m going to be compared, and sometimes come up short in people’s opinion, and I don’t want to do that.’ ”

But the more she thought about the chance to work with producer Scott Rudin and director Jerry Zaks, the more she realized what an opportunity she was facing. “Finally, I just said, ‘Are you kidding me, Betty Lynn? You get to go to comedy school with Jerry Zaks. I had done comedy before but never like this, so I knew I’d be learning some new skills at this stage of my life with a director who is a comedy genius.”