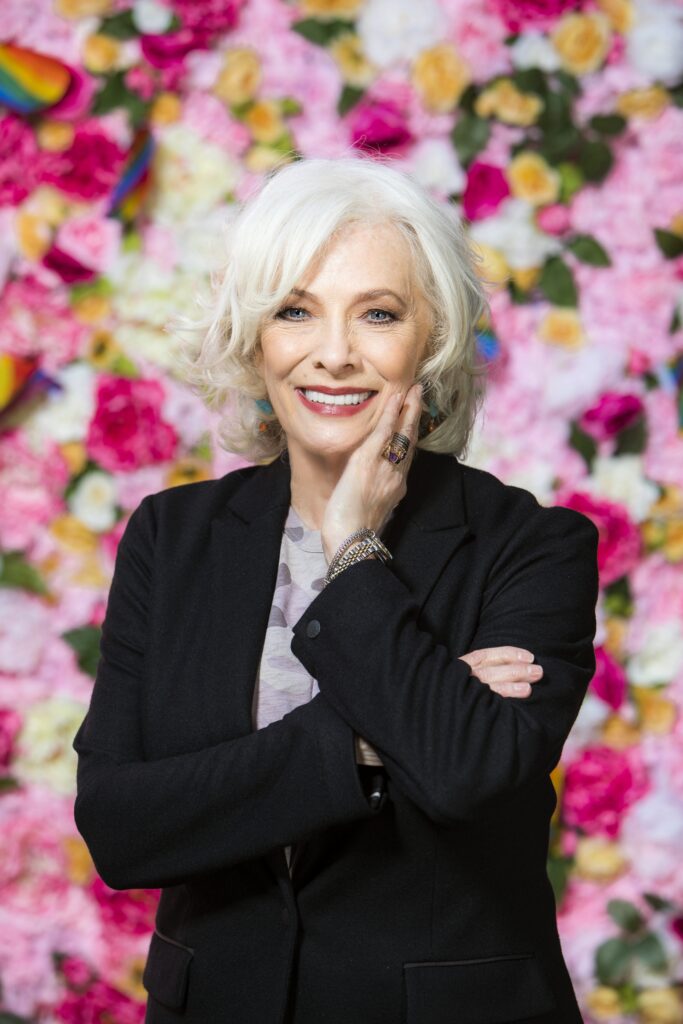 Buckley Just Concluded Her Starring Role In The Acclaimed First National Tour of the new Broadway Production of  “Hello, Dolly!”  She Will Be Performing Songs From “Story Songs” And ‘Hope’ Albums

LOS ANGELES, CA—September 16th, 2019—Tony-Award winning Broadway, film and TV actress/singer Betty Buckley is fresh off her year long acclaimed run in the First National Tour of the new production of the Broadway Hit  “Hello, Dolly!” She is preparing to kick off the 2019-2020 Cabaret Series at the Segerstrom Center for the Arts at the Samueli Theater October 17 – 19 in Costa Mesa. She will bring her show to Los Angeles on November 2nd when she performs at The Saban Theatre in Beverly Hills. “Hello, Dolly!” performed at The Segerstrom Center for its Orange County dates. In addition, she recorded her live album “Story Songs” there.

“My band consists of four incredible musicians headed by my brilliant musical director and pianist, Christian Jacob.  We will present some repertoire from ‘Story Songs,’ our newest album, ‘Hope’ and a few new pieces,” commented Buckley.

In an award-winning career that encompasses TV, film, stage and concert work around the globe, Betty Buckley is best known as the quintessential Musical Theatre actress.  Stage roles range from Martha Jefferson in “1776,” which marked Buckley’s Broadway debut, to her critically acclaimed, Oliver Award-nominated performance as the deluded, silent screen star Norma Desmond in “Sunset Boulevard.”  Buckley earned a Tony Award for her performance as Grizabella in “CATS” and a Tony nomination for “Triumph of Love.”  Her other Broadway credits include “Pippin,” “Song and Dance,” “The Mystery of Edwin Drood” and “Carrie.” Off-Broadway credits include the world premiere of Horton Foote’s “The Old Friends” (Drama Desk Award nomination,) “White’s Lies,” “Elegies,” “The Eros Trilogy,” “Juno’s Swans” and “I’m Getting My Act Together and Taking It on The Road.”  Regional credits include  “Gypsy,” “The Threepenny Opera,” “Camino Real,” “The Perfectionist,”  “Buffalo Gal,” “Arsenic and “Old Lace” and “Grey Gardens” at the Bay Street Theatre in Sage Harbor, NY and The Ahmanson Theater in LA (Ovation Award Nomination.)  In London, she starred in “Promises, Promises,” and the UK premiere of “Dear World” in addition to “Sunset Boulevard.”

In addition to her work in the theatre, two-time Grammy nominee Buckley has also released an astonishing 18 solo CDs.  “Ghostlight,” produced by Oscar and multi-Grammy Award-winning producer, T Bone Burnett, released in 2014, led into her most recent 18th album, “Hope,” an emotionally compelling new live album, which is a profound mix of Americana, pop, rock and standards available through Palmetto Records in physical, digital and streaming formats.

Buckley’s film roles include Miss Collins in Brian De Palma’s classic “Carrie” (1976) and Country Western singer Dixie Scott in Bruce Beresford’s “Tender Mercies” (1983.)  Ms. Buckley received a Saturn Award nomination for her most recent film “Split” directed by M. Night Shyamalan which was one of the top 10 International Box Office Hits of 2017.  On television, Buckley most recently co-starred in Season 3 of the AMC Hit Series “Preacher” (2018).  She also played Abby Bradford in “Eight Is Enough” (1977-1981) and received a Daytime Emmy Award nominations for her work in both “Bobby and Sarah” (1984) and “Taking a Stand” (1989.)  She also had recurring roles on HBO’s “Oz” (2001-3) and “Pretty Little Liars (2012) and most recently on “Supergirl,” “Chicago Med,”  and HBO’s “The Leftovers,” and “Getting On.”

In 2017, she was honored with the prestigious Julie Harris Award by The Actor’s Fund and in 2018 The Sarah Siddons Award for outstanding performance in a Chicago Theatrical Production.   In 2009 she received the Texas Medal of the Arts Award in Theater and was inducted into the Texas Film Hall of Fame in 2007.  She has been awarded two honorary Doctorates of Fine Arts for her contribution to the Musical Theatre by Marymount College and The Boston Conservatory of Music. In 2012 she was inducted into the Theater Hall of Fame. Buckley has been a teacher for over 45 years in Song Interpretation and Scene Study.

About the Samueli Theater at the Segerstrom Center for the Arts

Segerstrom Center for the Arts is an acclaimed arts institution as well as a beautiful multi-disciplinary cultural campus. It is committed to supporting artistic excellence, offering unsurpassed experiences and to engaging the entire community in new and exciting ways through the unique power of live performance as well as a diverse array of inspiring arts-based education and community engagement programs.

About The Saban Theatre:

The historical Saban Theatre (originally named the Fox Wilshire) first opened its doors in September, 1930.  Designed by renowned theatre architect S. Charles Lee, the building serves as a dazzling example of the Art Deco style of that era.  This beautiful Beverly Hills landmark has been recently restored to its original splendor, but updated with a spectacular digital marquee and state of the art sound and lighting, making this charming and intimate 1893 seat venue a prime concert destination for both artists and concert-goers alike.

In addition to concerts by a variety of nationally acclaimed artists, from Styx and Smokey Robinson, to Frankie Valli, Pat Benatar, David Crosby, Foreigner, REO Speedwagon,  Michael McDonald, and many, many more, the Saban is also home to theatrical productions, television shoots, and special events.