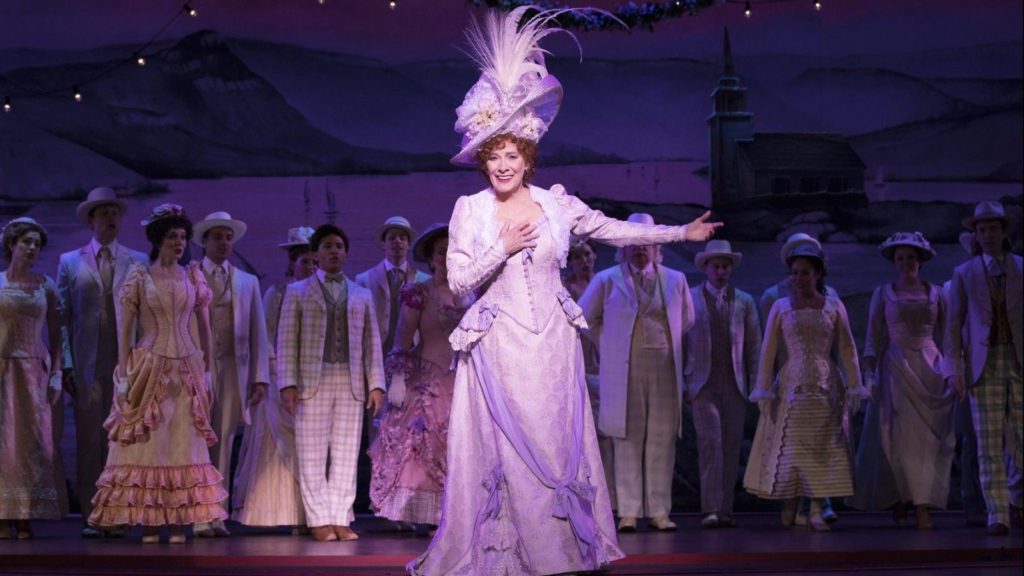 But a new dame – and what a grand old Broadway broad she is – has come to strut down the steps of the Harmonia Gardens restaurant and she is none other than the legendary Betty Buckley. While her Act One entrance is greeted with warm waves of welcoming applause from the Andrew Jackson Hall at TPAC, you ain’t seen nothing until she appears at the top of the famous staircase in Act Two and that raggy, jazzy brass fanfare of the show’s title song erupts from the pit. Brace yourselves is all I’ll say.