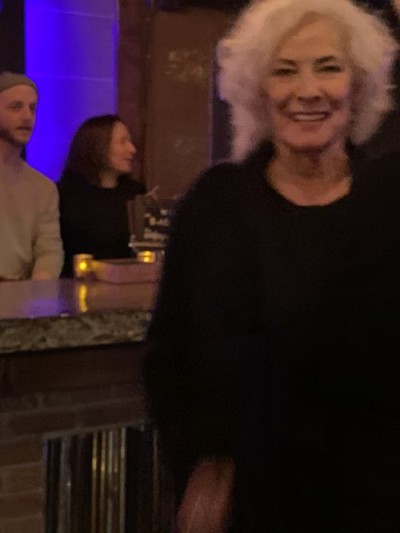 Betty Buckley—she of Cats (Broadway), Eight Is Enough (TV), and Tender Mercies (film), to name just a few early achievements—shines on her own, whether playing such roles as the title one in Hello, Dolly! (national tour) or singing an eclectic mix of songs in one of her many concerts around the country. But she is also a wonderful collaborator. In 2014 she released a record, called Ghostlight (a reference to the bare bulb left on at night in theaters), that was produced by her childhood friend T Bone Burnett—something they had wanted to do together for many years. I interviewed her for VanityFair.com at the time and subsequently took a master class with her (rigorous and inspiring) and attended a couple of her concerts at Joe’s Pub in NYC, which I’ve written about in this blog.