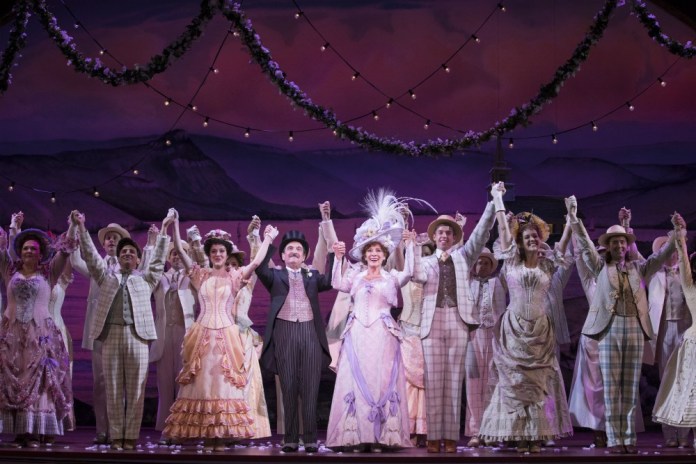 Jerry Zaks’ revival of Hello, Dolly! is at Nashville’s TPAC now through May 5. Tony Award-winning Broadway legend, Betty Buckley, stars as Dolly Gallagher Levi and her star shines brightly throughout.

From the moment TPAC’s audience saw Buckley on opening night, they were mesmerized. Cheers rang throughout Andrew Jackson Hall from the moment she opened her mouth to her last bow at curtain call. Nashville is obviously thrilled to have a Broadway living legend grace their TPAC stage.

If you’ve never seen this production, it’s a musical set in New York in the 1890s (with gorgeous costumes and set designs by Santo Loquasto). The play is based on Thornton Wilder’s The Matchmaker with a book by Michael Stewart and music and lyrics by Jerry Herman. Even if you haven’t had the pleasure of seeing this show live, you’ll hear several familiar songs including, of course, “Hello, Dolly!”